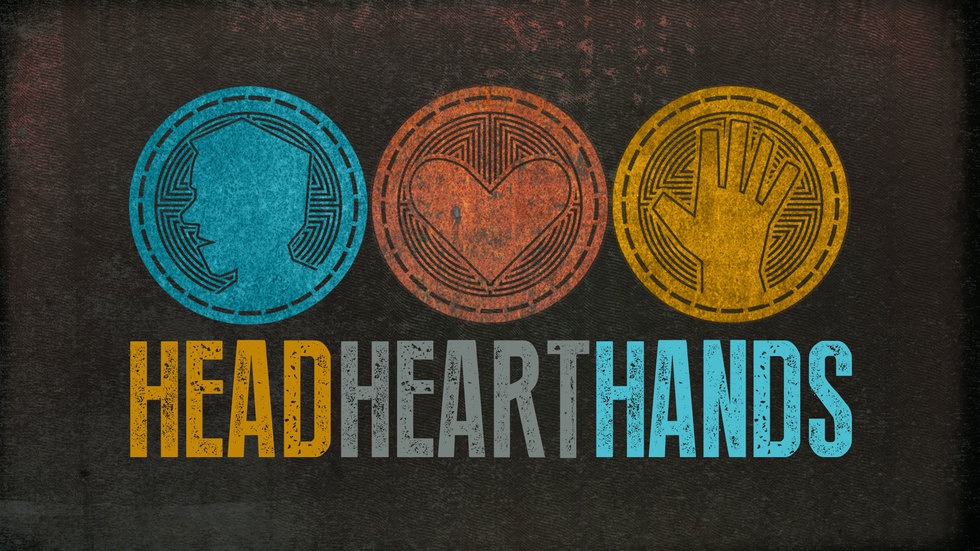 Hello and welcome! My name is Jeff Piestrak. I’ve created this blog as a space for learning and working “out loud” (more on that below). And to hold some of my good intentions accountable to action.

I’ll be writing about food and agriculture, community and regional development, ecological restoration, right livelihood, social learning, and technology. All viewed through the lens of health, equity, resilience, and sustainability, and what I think might be context appropriate “places to intervene” in support of those systems level outcomes. Especially in the place where I live, the Finger Lakes region of “Upstate” New York in the US.

In addition to my own experience, I’ll be drawing from things like self-determination theory, socio-technical systems theory, and solidarity economy approaches as part of this reflective process. I’ve found these particularly helpful in understanding how we got the systems we have today, why some persist despite their evolutionary mismatch, and how we might transition toward better ones.

One way we hold ourselves back from making positive changes are the stories we tell ourselves, consciously and unconsciously. Stories of how the world is or should be, or what is even possible. Stories which, in this age of misinformation and disinformation, are often in conflict with each other. Sometimes causing us to question our own agency and very sense of reality.

I intend to explore and occasionally confront those stories as they relate to my life and values, and to suggest alternative ones. Shining a light on not only what is possible, but already here.

Our strategy should be not only to confront empire, but to lay siege to it. To deprive it of oxygen. To shame it. To mock it. With our art, our music, our literature, our stubbornness, our joy, our brilliance, our sheer relentlessness – and our ability to tell our own stories. Stories that are different from the ones we’re being brainwashed to believe…

Remember this: We be many and they be few. They need us more than we need them.

Another world is not only possible, she is on her way. On a quiet day, I can hear her breathing.

This blog is part of larger efforts to put my head, heart, and hands to work in support of new stories and a better world. Sharing what I’m learning as I struggle to integrate those ways of sensing and acting. Attempting to bring them into greater alignment, with each other, and broader systemic manifestations of health and well-being.

I see this personal journey related in some ways to what systems theorist Gregory Bateson called a “necessary unity”. A unity between emotion and thought, mind and nature, and individual learning and planetary evolution…

These two stochastic systems working at different levels of logical typing, fit together into a single ongoing biosphere that could not endure if either somatic or genetic change were fundamentally different from what it is.

The unity of the combined system is necessary.

The fact is life as we know it would not exist without such unity. Today’s complex global networks of communication and coordination (of which this blog is a part of) can trace their evolution back to the first multi-cellular organisms and partnerships they formed.

Despite persistent overly simplified zero-sum myths like the selfish gene, survival of the fittest, and the tragedy of the commons, we can see the arc of the evolutionary universe continue to bend toward cooperation and prosociality if we look hard enough. New ways of organizing ourselves like platform cooperatives, and agroecological approaches to sustainable livelihoods are emerging every day. I intend to spotlight those here.

While the motivations for Working Out Loud (WOL) vary for each individual, John Stepper describes it most broadly in this way:

Working Out Loud starts with making your work visible in such a way that it might help others [leading with generosity]. When you do that – when you work in a more open, connected way – you can build a purposeful network that makes you more effective and provides access to more opportunities.

Building a more purposeful and connected network is one reason I’ve decided to experiment with using the write.as platform for this blog. Because it’s part of the networked “fediverse”, others can follow and comment on blog posts directly from platforms like Mastodon. You can find this blog there at jeff@headhearthands.xyz, and my personal account at https://social.coop/@jeff. I’ll also be adding relevant hashtags to my posts, making them easier to find on the fediverse by topic.

Feeding Our Future, Part 1: Look and Listen For the Welfare of the Whole 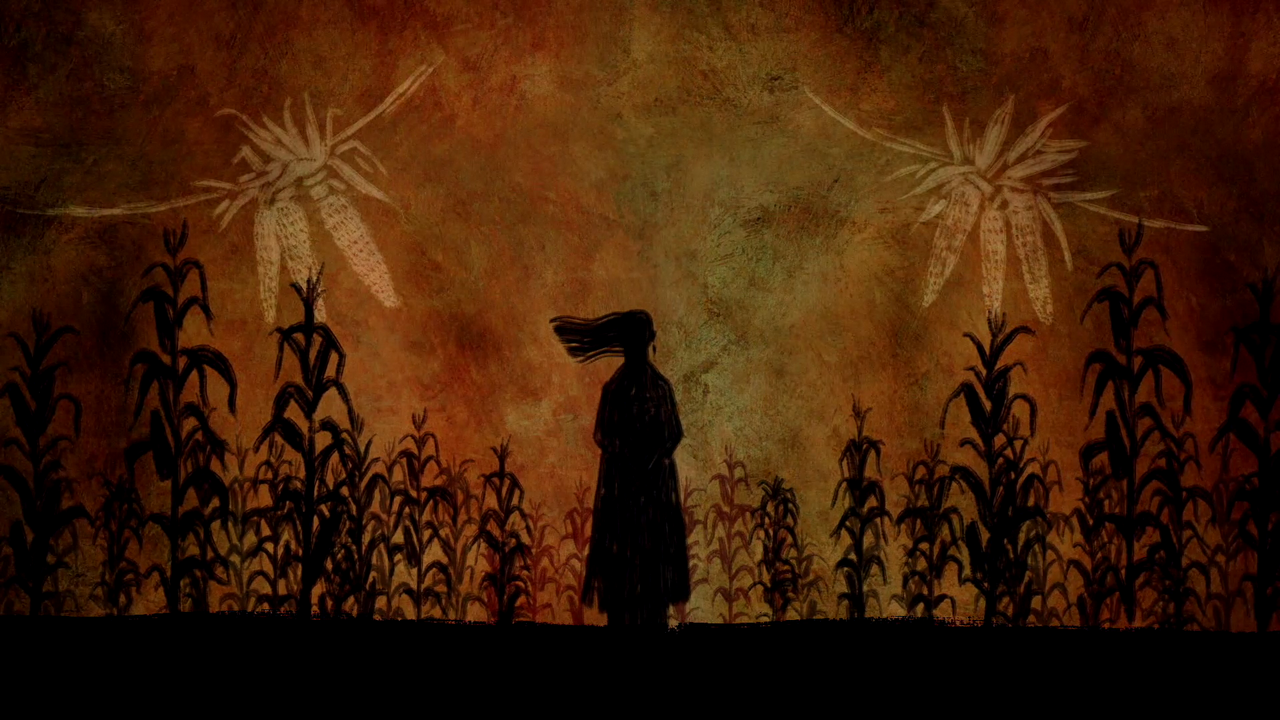 This post is the first of a series looking at how groups have or might come together in support of food systems which are healthy, equitable, resilient, and sustainable. “Feeding Our Future” by addressing both immediate individual needs and collective long-term well-being.

I start with a bit of history about the people who were the earliest farmers in the place I’ve called home for most of my life, now referred to as the Finger Lakes region of “Upstate” New York…

“People of the Longhouse”, a Confederacy for Peace

Look and listen for the welfare of the whole people and have always in view not only the present but also the coming generations, even those whose faces are yet beneath the surface of the ground — the unborn of the future Nation.

The above quote comes from the Great Law of Peace, also known as Gayanashagowa, the oral constitution of the Haudenosaunee (AKA Iroquois) Confederacy. Though the exact phrase itself isn’t found in published versions (like this), it is often referred to as the original inspiration for the “seventh generation” principle of sustainable stewardship. Some also believe it may have informed the United States Constitution, and the form of divided government with semi-autonomous federated states [a form of subsidiarity] and various other checks and balances it established. 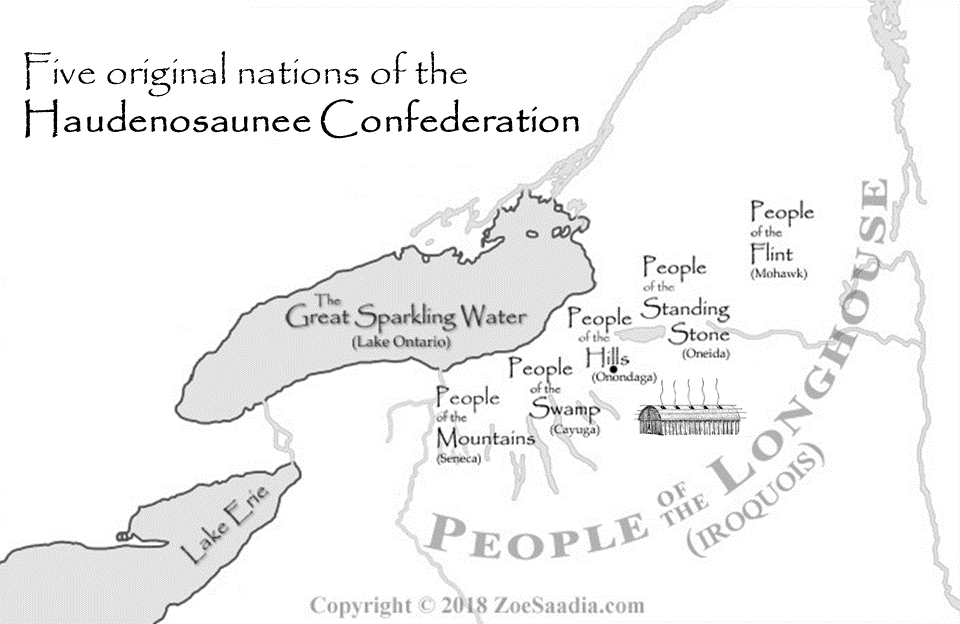 According to tradition the Great Law of Peace was conceived by Dekanawidah, known as the Great Peacemaker, and his spokesman Hiawatha. It’s adoption represented a significant turning point for the nations forming this confederacy (the Mohawk, Onondaga, Oneida, Cayuga, and Seneca, later joined by the Tuscarora), who had long been at war with each other before that.

The people were told by the Peacemaker to think of all the nations living together under one longhouse. [Haudenosaunee translates as “People of the Longhouse”. These long rectangular pole and bark structures would house twenty or more families, most of whom were matrilineally related.] As frequently symbolized by a five smoke hole longhouse, each nation would still have its own council fire to govern their people. But now they would “govern their people under one common law, one heart, and one mind”. 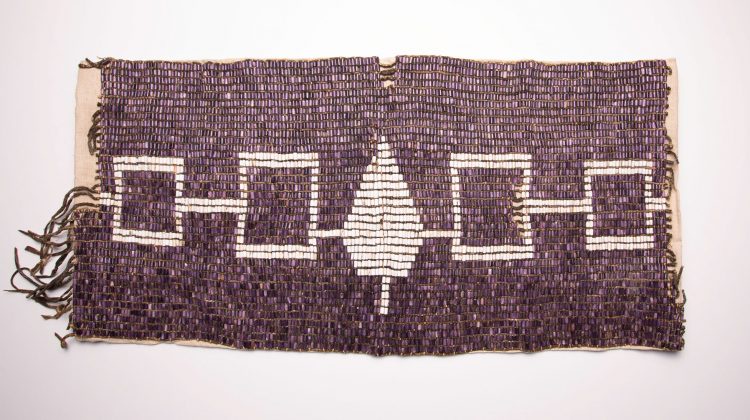 The wampum Hiawatha belt shown above was created to represent this union. It has five symbols joined together, representing the original five nation confederacy. The pine tree in the middle represents the Onondaga nation, where the leaders of the warring nations “buried their hatchets” under the tallest white pine, the Tree of Peace. This graphic still appears today on the Haudenosaunee flag.

One key figure in the historic peacemaking process itself was a women who became known as the Mother of Nations among the Iroquois, Jigonhsasee.

Jigonhsasee translates roughly as “She Who Lives at the War-Road”. That East-West footpath, one of many highways of the longhouse, passed through the place where I grew up, Auburn New York (where the Cayuga Nation, or Gayogo̱hó꞉nǫʼ, People of the Swamp, then dwelled). Jigonhsasee herself is believed to have lived in what is now Victor New York, the birthplace of my own mother.

As this video clip from the PBS Native America series explains, Jigonhsasee played a pivotal role in helping these warring nations form a more peaceful and unified confederacy.

Jigonhsasee like the individual nations had a choice: to keep feeding the flames of war, led by fierce men like Tadadaho, or to take the path of peace. Taking the latter option, she secured a role for women to choose the leaders of their nations. This further established a matrilineal democratic form of government. One intended to represent the interests of all, including future generations, rather than perpetuate vicious cycles of retribution.

Even before the formation of the confederacy, women had long played a significant role in maintaining relationships between nations through the clan system, which extended beyond the boundaries of any individual nation. As explained on the Haudenosaunee Confederacy web site:

Each clan is linked by a common female ancestor with women possessing a leadership role within the clan…Each member of a clan is considered a relative regardless of which nation they belong to…This system was especially helpful when traveling from nation to nation as people would search out members of their same clan who would then provide food and shelter and care for them as part of their family.

Farming with Care and Concern for the Whole

As hinted at by the story of Jigonhsasee, women had considerable control over farming and land distribution within the Haudenosaunee communal economy. Land would be redistributed among households when the Clan Mothers' Council gathered every few years. Clans that abused or did not take care of their land would be warned and could even have it redistributed to another clan. Certain areas of land, called kěndiǔ”gwǎ'ge' hodi'yěn'tho, were set aside to be worked by women of all the different clans to produce food for festivals and large gatherings.

As the chief agriculturalists in Haudenosaunee society, women were also actively involved in the domestication and breeding of plants. As Cornell Professor Jane Mt. Pleasant (Tuscarora) explains below, that included development of the unique co-evolving polyculture known as the Three Sisters: corn, beans, and squash. [This clip is part of a larger seven-part series, First Peoples, First Crops: Iroquois Agriculture, Past and Present.]

Apparently hunger was extremely rare within this well managed food production system, and the envy of early Europeans. Evidence of this can even be found in the diaries of soldiers from Sullivan’s Army, sent by George Washington during the Revolutionary War to destroy the fields and villages of the Seneca, Cayuga, and Onondaga nation who supported the British. 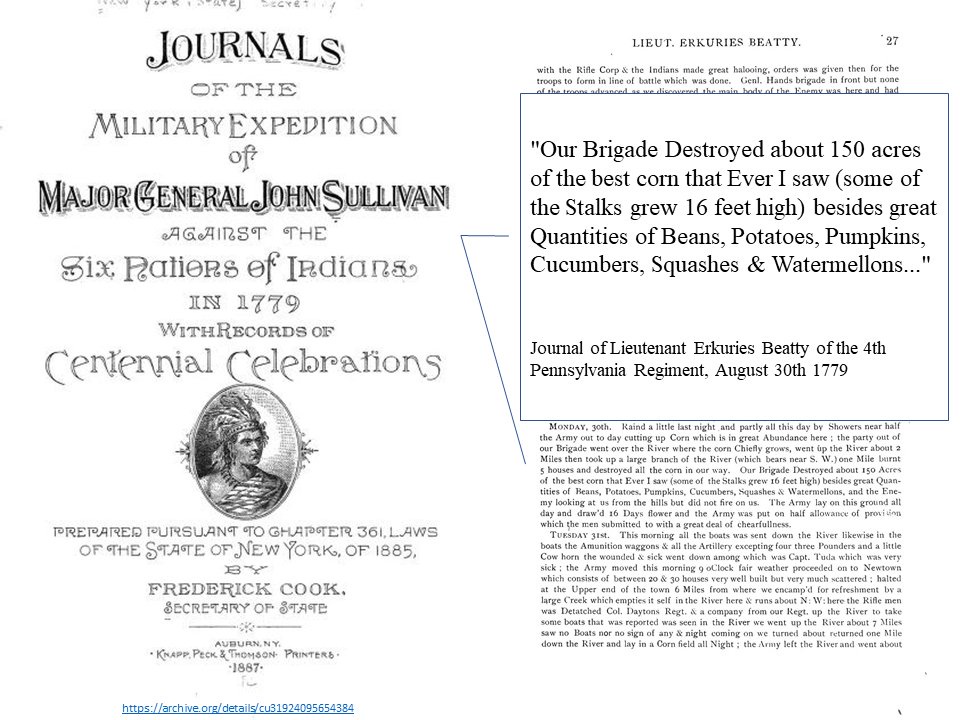 New Stories for the Past, Present, and Future

These stories offer a number of important lessons. About the Haudenosaunee people and humanity as a whole (one goal I set out for this blog in my Welcome post). That includes the importance of good governance and self-regulation for the greater good. They also illustrate the unique role food can play in sustaining either war or peace. And perhaps the need for gender balanced and/or appropriate power and influence in all of these contexts. All equally relevant today.

I’ll be revisiting some of these topics and reference points in future posts, as I explore how we might better “feed our future”.